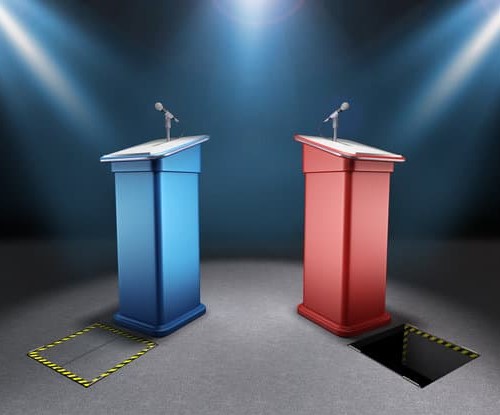 The University of Michigan pulls out from hosting the second presidential debate slated for October 15, 2020. Media, supporters, and the entire campaign committee of the two candidates, incumbent Donald Trump and Democratic contender Joe Biden, will be present.

What could have been the university’s first presidential debate since 1992 was to be held at the Crisler Center in the Ann Arbor campus, the home arena of the school’s gymnastics and basketball teams.

The withdrawal came in light of the growing concerns of coronavirus transmission. Although the school announced that the resumption of on-campus at Ann Arbor in Fall, large classes will remain online.

The large-scale political gathering is now moved to the Adrienne Arsht Center for the Performing Arts of Miami-Dade County in Miami.

The Miami Herald reported that the Arsht Center currently remains closed due to the pandemic, and a reopening plan was presented to the county administrators for approval. The mandatory wearing of masks inside the center at all times, except when eating, was a vital component of the proposal.

Not the First One

Michigan is not the first state to pull out from hosting massive events. North Carolina begged off from hosting President Trump’s acceptance speech. Local officials said they worry about holding huge gatherings amid the pandemic.

On the other hand, the State of Florida volunteered to accommodate political functions. Jacksonville, in particular, is the designated venue for major convention activities of the Republican National Committee.

The Commission on Presidential Debates had officially confirmed that that the University of Notre Dame near South Bend, Indiana, is the venue of the first presidential debate. Nashville, Tennessee’s Belmont University will hold the third.

The vice-presidential debate will be held at the University of Utah in Salt Lake City.

With reports from the Washington Post and Detroit Free Press.