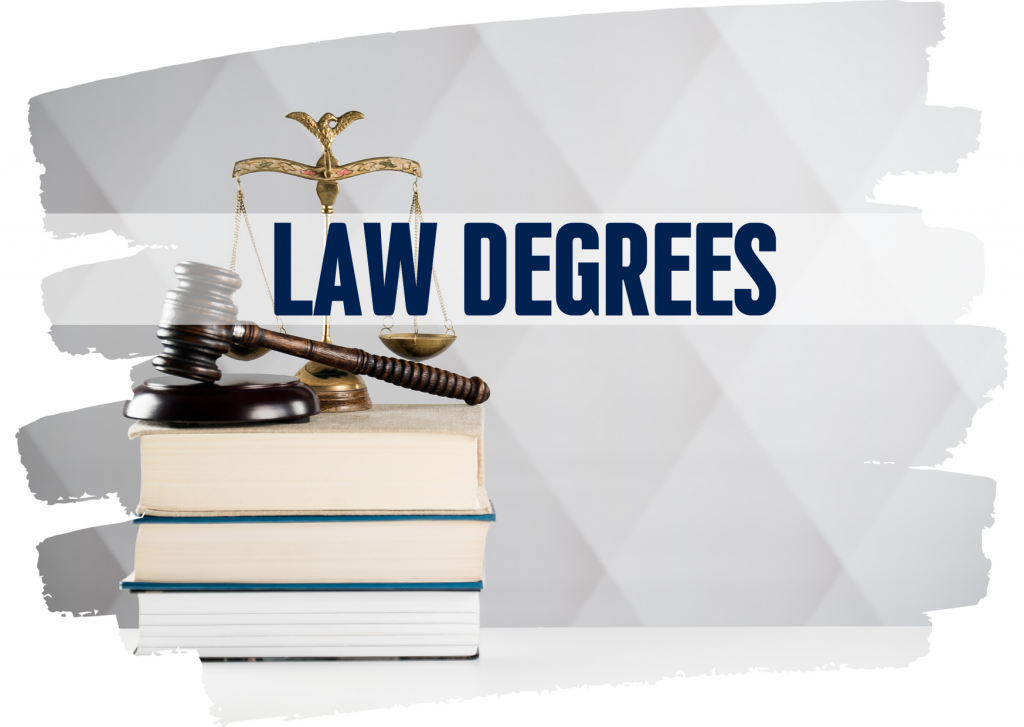 An undergraduate academic degree in the field of criminal justice which introduces students to the its fundamental foundations spanning from crime initiation to systems of punishment.

Bachelor of Arts in Legal Studies

An undergraduate degree which gives gives students the theoretical, historical, social and political foundations to understand law in a democratic society. Students will study topics such as forensic psychology, correctional systems, diversity, conflict resolution, and community corrections while working to understand Supreme Court decisions and recognize the role social movements have played in the judicial system.

A research doctorate in law primarily aimed at educating professors, legal scientists, and other scholars in law. It usually requires three to five years to complete, and requires an advanced study in law as a scientific discipline and a dissertation, which serves as an original contribution to the scholarly field of law.